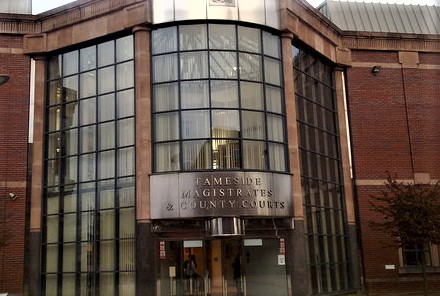 Before the County Courts were created in 1846, there was a rather unsatisfactory system of ‘circuit’ judges visiting different parts of the country outside of their London base in order to dispense justice. The visits were short, infrequent, expensive and inconvenient, so it was decided to set up the County Courts.

There are ninety-two of these courts in various English and Welsh cities and towns, some of them in the same building as a Magistrates Court or a Crown Court. The County Courts deal exclusively with civil cases, not criminal. Many cases such as probate, divorce and family issues can be heard in private in the judge’s chambers.

Civil law cases concern infringement of the rights of an individual person or company by another person or company, meaning that matters such as breach of contract, negligence, small claims and trespass all come under their jurisdiction. With the rise of the ‘consumer society’ has come the pressure to take out loans and credit. As this has increased over the years, so has the workload of the County Courts, since one of their main case types is insolvency. Court bailiffs are employed to pursue repayment of debts.