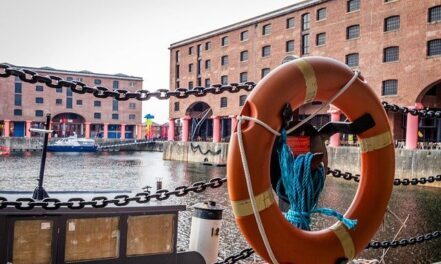 ‘Port of Departure (or Arrival):Liverpool‘ appears in many a search for records of family ancestors, since Liverpool’s west-coast location made it so convenient for those migrating by ship to or from Ireland and North America. Nestling just above the North Wales coastline, this Lancashire city has grown from a population of 5,000 in 1700 to almost 500,000 today.

It is famously the home of The Beatles and two Premier League football clubs, but its history lies in trade links with, primarily, the U.S.A. and the West Indies. King John (1166-1216) founded the port of Liverpool in 1207 to serve the estates he held as Lord of Ireland. The tiny fishing village subsequently received a gradual influx of craftsmen and merchants.

By the mid-1800s Liverpool had the second busiest docks after London. Shipbuilding, iron foundries, glass, soap, sugar and rope manufacturing made some very wealthy, others poor, with living conditions to match. WW2 bombing destroyed much of the slum areas and re-building saw the expansion of adjacent towns into what is now called Merseyside after the River Mersey at Liverpool’s edge. ‘Scousers’, or Liverpudlians, are known for their brand of dry humour cultivated from the mix of nationalities that arrived there in the shipping heyday.