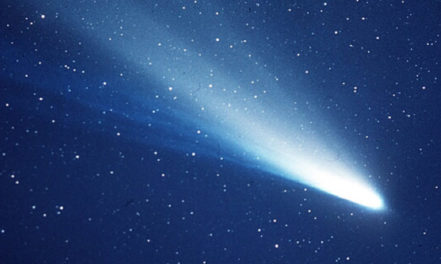 Halley’s comet is named after Dr. Edmund Halley (1656-1742) from London, who was the first to calculate that it returned every 75 to 76 years. One of its famous appearances was in 1066, just before the invasion of Britain by William the Conqueror. He took it to be a sign of success and it was shown on the Bayeux Tapestry. The comet’s next appearance to the naked eye on Earth will be in 2061.

Dr. Halley published his theory in 1705. Before that, people thought each sighting was of a different comet rather than the same one coming back. He would have had to live to the age of 101 to see the return of the comet he observed in 1682. Instead he died aged 85, having held the position of Astronomer Royal, the most prestigious accolade in astronomy, since 1720.