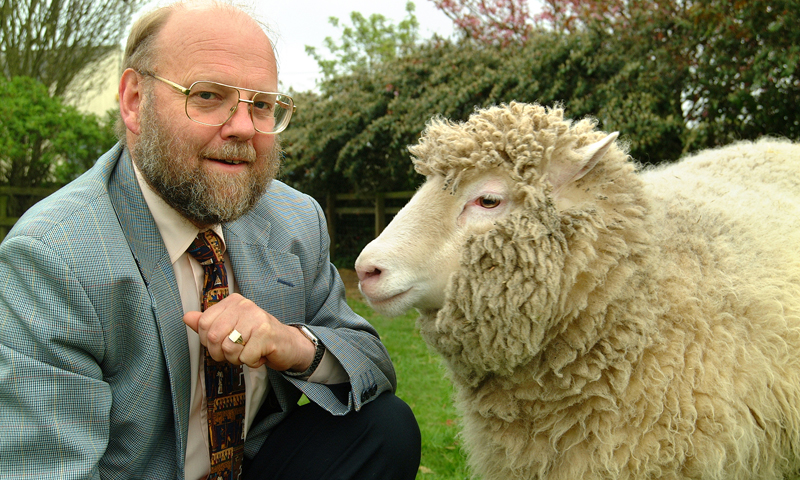 Dolly the sheep became famous for being the first publicly known mammal to be cloned. This caused much controversy, as it was seen as a precedent to cloning humans. Dolly was born on 5th July 1996 at the Roslin Institute in Edinburgh and was euthanised on 14th February 2003 after contracting lung cancer. She had also suffered from arthritis.

Sir John Gurdon (1933-), who received the Nobel Prize for Physiology or Medicine in 2012, carried out the first investigations into removing the nuclei from adult somatic cells and transplanting them into embryonic cells. He experimented on frogs, but the research team headed by Professors Keith Campbell (1954-2012) and Sir Ian Wilmut (1944-, pictured above with Dolly) decided to go one further and use sheep.

The team implanted their modified embryo into a surrogate mother sheep of a breed that has black faces. Dolly had the white face of her donor mother’s breed, proving the success of the nucleus transplant. Dolly spent her life at the Institute and had six lambs, by normal means. Her preserved body is on display at the National Museum of Scotland in Edinburgh.