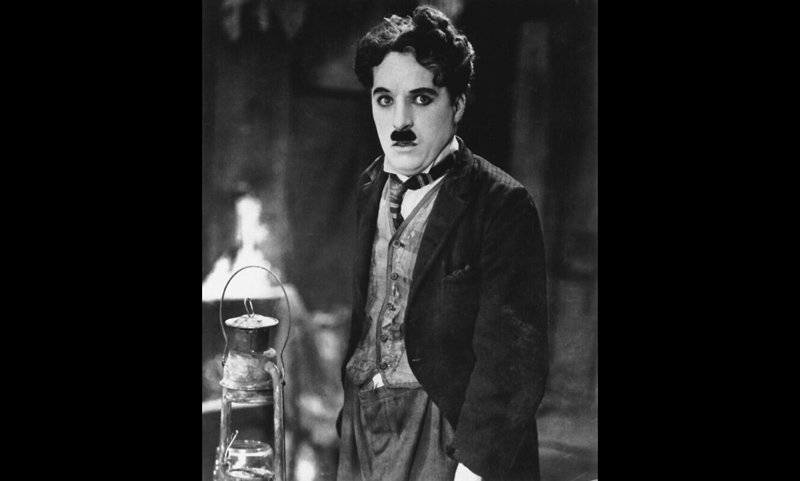 Sir Charlie Chaplin, KBE (1889-1977) was an award-winning star of silent films in his trademark character, ‘the tramp’. He drew on his own childhood experiences of destitution in London, which included being sent to a workhouse at age seven. His acting talent sent him from rags to riches, which he used to buy his own film studio and take complete control of his films ~ writing, acting, directing, producing, editing and composing the music. Three of his songs became chart hits, including the beautiful and poignant ‘Smile’, sung by Nat King Cole.

It was whilst working in Los Angeles during WW1 that he learnt all aspects of the film-making business. His films were being churned out weekly and the public loved them. After the War, he went to a different studio and began to make films with more pathos in the story-line, as he realised that quality rather than quantity was important.

He became extremely rich and was able to found United Artists with three other film stars. However, he left the USA in 1952 as they were intolerant of his political views and he went to live in Switzerland. He was married four times and had eleven children.