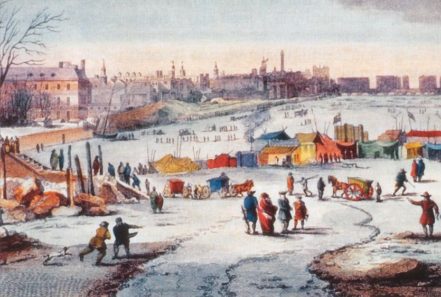 Annie Russell Maunder (1868-1947) and her husband Edward Walter Maunder (1851-1928) were the first scientists to analyse records of sunspot activity and identify a specific ‘grand solar minimum’. This natural phenomenon, lasting from 1645 to 1715, is known as the Maunder Minimum.

The sun is a seething mass of activity which waxes and wanes on an eleven-year cycle. A normal ‘minimum’ is a quiet time for the sun, as it has fewer sunspots, thereby producing less ultra-violet light. The Maunder Minimum was a prolonged minimum and the Maunders noticed that it coincided with a cooler period in the weather ~ the River Thames froze over several times, for example. Scientists now believe there is a definite cause-and-effect on the weather, as well as changes in the upper atmosphere which are potentially dangerous for aircraft and spacecraft.

No-one can confidently predict when the next grand solar minimum will occur, but it is hypothesised that it will be shorter than the seventy-year Maunder Minimum. However, we know from the diary of Samuel Pepys that life continued as usual during that period, despite the cold. An interesting summary of the weather at that time can be found on Netweather.