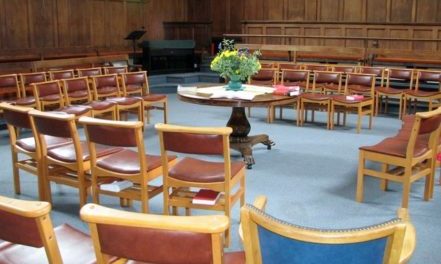 The Quakers (or the ‘Religious Society of Friends’) were one of the breakaway religious groups which formed during the 11-year British republic in the mid-17th century. These groups had esoteric names such as the Ranters, the Diggers and the Seekers, but it was the simple, peace-loving, self-empowering ethos of the Quakers that caught on. By 1700 there were 60,000 members, or ‘Friends’.

The idea of their founder, George Fox from Leicestershire, was that people should live each day aware of their own “inner light” of God and not have to rely on priests, church buildings, doctrines or rituals to tell them how to travel on their spiritual path. Although they began as an offshoot of Christianity, the Bible is not the only book from which they take inspiration.

The Quakers have been at the inception of many of our social justice reforms. They profess a non-violent and non-resistant stance and see everyone as equal. Indeed, they were probably the first religious group in the UK to give equal rights to women. Their ‘meetings’ are not led or scripted and can be totally given over to silent meditation. There are estimated to be 15,000 Quakers in the UK today.