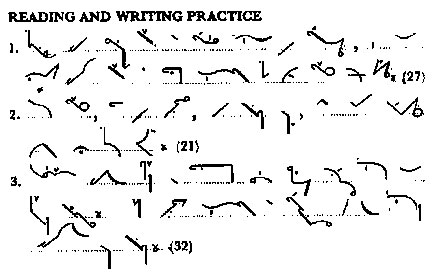 Sir Isaac Pitman of Wiltshire, England, invented the Pitman shorthand system in 1837 when he was 24. He was an English teacher and saw the difficulties caused by the peculiarities of English spelling. He initially called his system ‘Sound-hand‘ because it is a phonetic system not based on spelling at all.

He gave similar sounds similar strokes, only differing in their thickness ~ for example, ‘v’ and ‘f’ are the same curved stroke but ‘v’ is heavier. Vowel sounds are represented by dots, dashes and other symbols, but an advanced writer can omit them altogether.

This invention helped people such as secretaries and reporters to write quickly, at speeds of 120 words per minute or more, without needing to think about spelling (and then decipher it later!). Pitman shorthand became the most widely used shorthand method in the world in the 1900s, but it has now been superseded by recording devices, as well as newer shorthand systems.