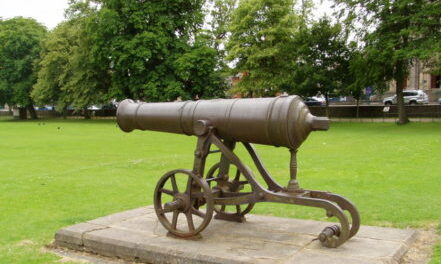 The British participation in the Crimean War (1854-6) can be likened to joining in a playground squabble between little boys. The fiasco of the ‘Charge of the Light Brigade’ resulted from the issuing of a terse, ambiguous hand-written order given and received by men who disliked each other, and no clarification was sought. For this obstinacy, almost three hundred soldiers then died.

The War began between Turkey and Russia over access to religious sites in Palestine and the British and French joined in because they wanted to make a stand against supposed Russian expansionism. The religious question was sorted out by discussion, but they all decided to have a war anyway. Britain sent 26,000 men and less than 12,000 returned. Many men and horses died of disease or malnutrition, as the logistics were poorly thought out in the first year.

By the second year the British were better organised. The Battles of Alma, Balaklava and Inkerman were fought, the seige of Sevastopol was staged, and eventually the Treaty of Paris was signed. This returned territory to its pre-war owners and banned Russia from having a navy in the Black Sea, for a few years.