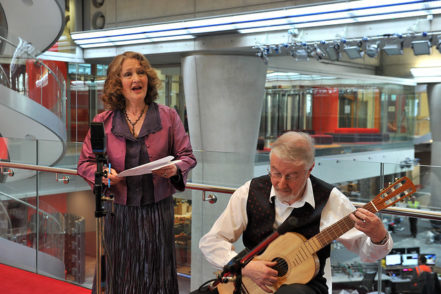 Dame Emma Kirkby was born in 1949 in Surrey and is an icon of ‘early’ music, which is the name given to known music from medieval times. She studied classics at Oxford University, where she also developed her enjoyment of singing in vocal ensembles. Her outstanding talent then led to her career as a soprano, rather than her initial choice of teaching.

Her voice can be described as angelic and pure, with a sparkling, light tone. Her vibrato is never over-used and she agilely and expertly delivers ‘ornamentation’, particularly common in Baroque compositions.

Her favourite accompanying instrument is the lute because of its subtlety and she has been a major influence on encouraging the performance of music from centuries ago on authentic instruments. She coaches young singers entering the field as she is passionate about maintaining this musical heritage. A Queen’s Medal was awarded to Dame Emma in 2011 for her contribution to the musical culture of Britain.