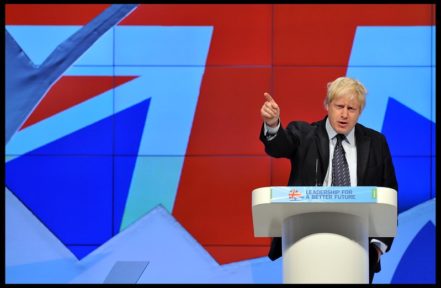 The Conservative Party is the oldest political party in existence today. Emerging in the late 1670s, it took a moderate line against the ruling Whig Party and initially came to power in the early 1700s. It suffered a setback during the reigns of Kings George I and II but reclaimed power in 1783 under King George III, though in 1801 he vehemently disagreed with them over the emancipation of Roman Catholics.

The Conservatives have been the majority party for over half of the time since 1802, including the World War years when they formed coalition governments. Their continued success is due to their policies chiming with enduring British values, far from radicalism. For example, they support the Church of England, the monarchy, the institutions of marriage and family, freedom of speech, the work ethic, a free market economy and entrepreneurship.

‘Conservative’ is an apt description of the party outlook and this name was adopted in 1830. ‘Tory’, initially a slur used by opponents, has remained as a nickname. As the party is pro-United Kingdom, the official name was changed to the ‘Conservative and Unionist Party’ in 1909. It is closely associated with British patriotism and received a great deal of support throughout both World Wars.