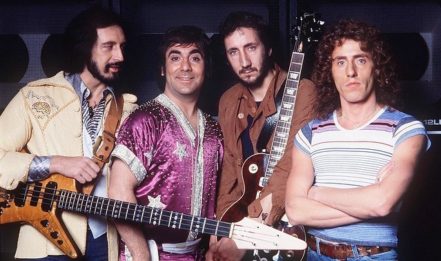 In 1964 they came together as The Detours, then changed the name to The Who, then The High Numbers, then back to The Who. At this time they were covering pop singles but when Townshend began writing their own songs, they leant towards the mod scene. He penned their first chart hit, ‘I Can’t Explain’, in 1965, followed by the classic ‘My Generation’. While Entwistle was the calm,  barely moving figure on the side, the other three displayed such energy on stage that it led to smashed instruments, which became a rather expensive gimmick for a while.

Townshend pioneered pushing the electric guitar to its limits and with Entwistle’s melodic bass, Moon’s pounding dynamism on the drums and Daltrey’s gritty call-to-arms voice, they produced a sound like no other. They are in the Guinness Book of Records for playing the loudest gig and were the first to create a rock opera, ‘Tommy’.