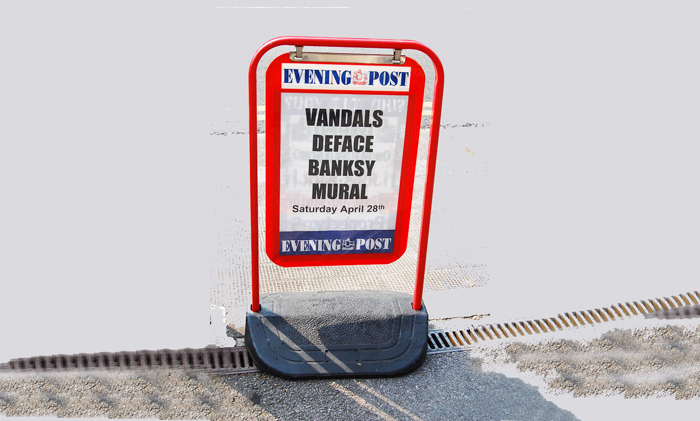 Irony is seen as a particular feature of British observations on life, appealing to our sense of the absurd. It works visually and face-to-face more effectively than in writing, perhaps, especially in today’s ‘social media’, where nuance is virtually impossible and the use of emojis is frequently vital to put across the intended meaning. Irony is the juxtaposition of two states in one situation, sometimes with comic effect, as in this example:

Occasionally people misuse the word “ironically“, but if you can substitute “..and yet..” or “..funnily enough,..” and what follows still makes sense, then they have probably got it right! Irony is appealing to us because it requires the listener, viewer or reader to realise the double aspect of what is presented and it therefore carries some satisfaction. A newspaper headline that indignantly reports so-called ‘vandals’ putting graffiti on top of what is essentially graffiti, is ironic, especially as the newspaper seemingly parades this with no self-awareness.

‘Bitter’, ‘sad’ and ‘sweet’ irony can be seen in many of Shakespeare‘s plays, as when, for instance, Romeo thinks Juliet is dead, so kills himself. Ironically,  she was only drugged and on waking up sees Romeo dead, then kills herself too.