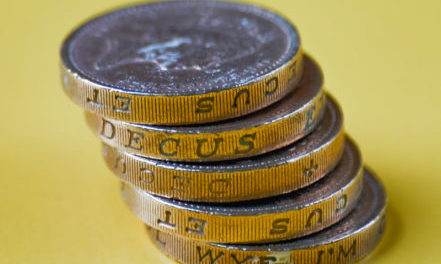 The pound sterling is the world’s oldest surviving unit of national currency. King Athelstan, the first king of England, established its official status in 928. A pound sterling began as a pound weight of pure silver and both are symbolised by abbreviations of the Latin libra; lb. for weight, £ for money (the cross-bar was a later addition to upper-case L in Gothic script).

The weight and metal composition of our coins have changed over time and today’s coins are of base metal. One reason for this was that silversmiths in the past would melt down silver coins, taking them out of circulation. Also, people were prone to chipping bits off before spending the coins!

UK legal tender consists of the Bank of England £5, £10 and £20 polymer notes and the £50 paper notes (polymer from 2021), and the 1p, 2p, 5p, 10p, 20p, 50p, £1 and £2 coins produced by Royal Mint Ltd. By law, payment of large amounts using only the smaller value coins is prohibited; although providing a good publicity stunt in certain circumstances, this would generally be most unreasonable. It is much better to take collections of coins to the bank for crediting to your account and many banks have special machines for this.