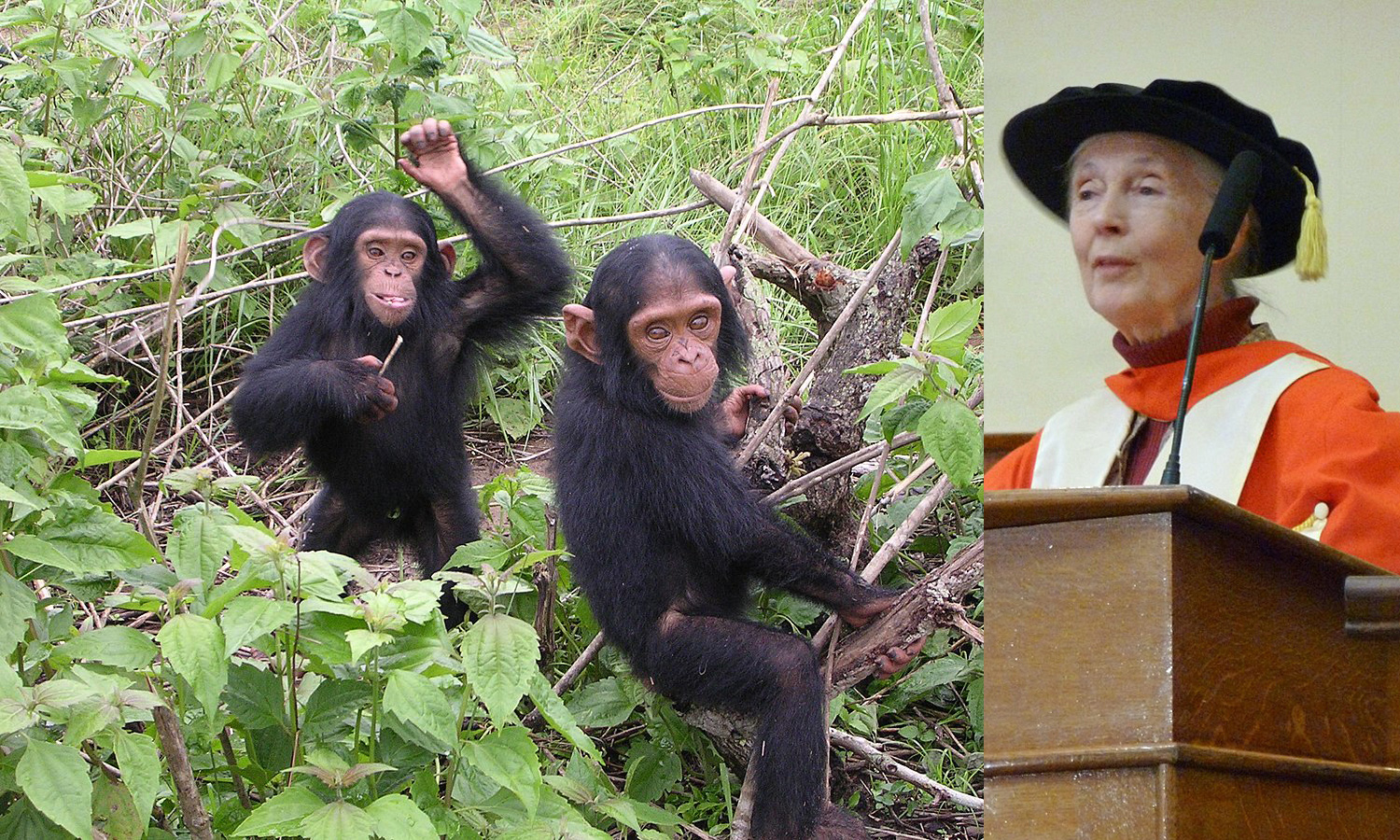 As a young child, Dr Jane Goodall, DBE, was fascinated by the natural behaviour of animals and at age five hid in the family’s hen-house to watch the laying of eggs, unbeknown to her frantic parents! She was born in London in 1934 and would go on to become a world expert on the behaviour of chimpanzees in the wild. For her doctorate in 1960-5, she carried out a truly remarkable ethological study of a group of chimpanzees in Tanzania.

Working alone, she bravely and patiently continued to seek them out until they finally accepted her presence and allowed her unique access, never recorded before. She made discoveries which amazed ethologists in academia. She saw chimpanzees making and using tools; she witnessed them hunting and eating small monkeys; she noticed that the chimpanzees had different personalities; they would suddenly fly into rages and at other times they would be very touchy-feely, including two hours of mutual grooming each day. These observations re-wrote the textbooks.

She set up the Jane Goodall Institute in 1977. It has a wide-reaching mission, not only to protect the declining numbers of chimpanzees in Africa, but also to engage in conservation projects and animal welfare campaigns.