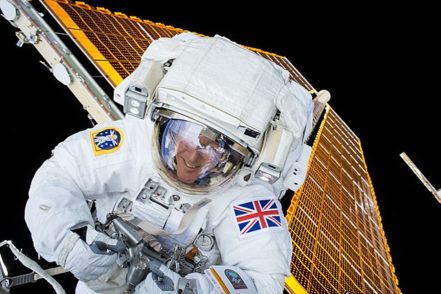 The first Briton in space was Dr. Helen Sharman in 1991, who spent eight days in the Russian space station, Mir, in orbit around the Earth. The second Briton, Major Tim Peake, CMG, spent 186 days in the International Space Station from December 2015 to June 2016. He had previously been in the British Army Air Corps and was a helicopter pilot before training at the European Space Agency.

He was able to set up or contribute to more than 250 experiments during his 3,000 orbits of the Earth. Most of these are long-term. Some, like his rocket seeds experiment, are aimed at getting schoolchildren interested and involved. Major Peake has been a leading figure in new school projects designed for the STEM subjects ~ science, technology, engineering and mathematics ~ in the hope that they will inspire British youngsters to take up careers in space technology in the future.