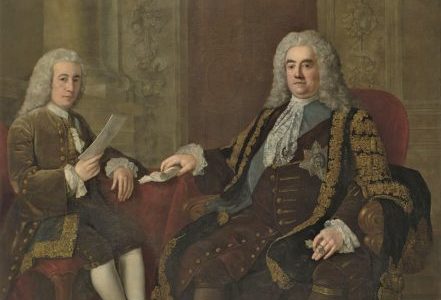 The Whig Party was active between 1678 and 1868 and emerged as the counter-balance to the dominance of the Tories. At the time of its inception, people’s allegiances to religion, the monarchy and politics were firmly enmeshed. The first Whigs were anti-Catholic and tried to stop King Charles II’s Catholic brother, James II, succeeding him. They failed, but made sure he only reigned for three years before Protestant rule was restored.

Under their sixteen Prime Ministers, of whom Robert Walpole was the first to have that title and did so for a record twenty years, they established the two-party system. They ushered in the increase of Parliament’s powers, the setting up of the Bank of England, the official union with Scotland, the abolition of slavery and the upgrading of the electoral system.

The Whigs initially sacked all Catholics from public office, but by the end of their period of influence they were championing democracy and human rights for all, including Catholics. They began by speaking for the wealthy upper-class, but with industrialisation they also took under their wing the factory owners, merchants and busy middle-class. They came to represent the non-controversial middle way and eventually merged into the Liberal Party.