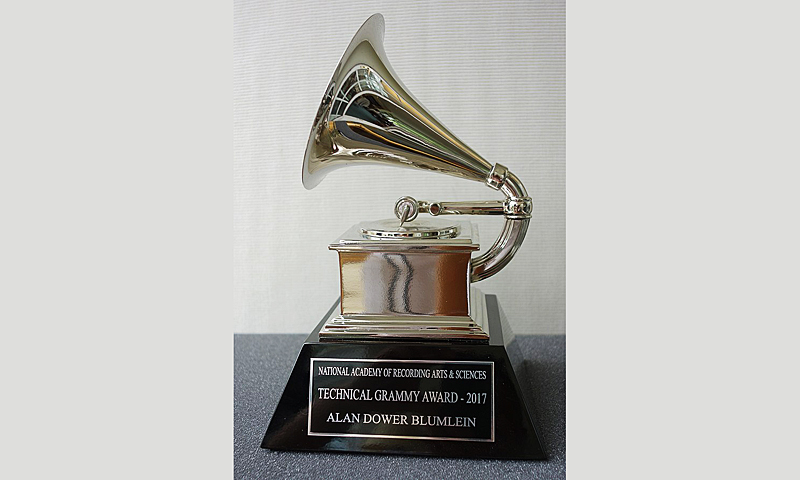 Alan Dower Blumlein (1903-1942) was born in London and became a pioneer in the field of sound technology. He carried out work on standards for long-distance telecommunications and the reduction of cross-talk effects and filed a total of 128 patents. At EMI in Hayes, Middlesex, he invented stereo sound in 1931, devising techniques still in use today.

It is said that he was prompted by the abysmal sound distribution through speakers at a cinema! He realised that a new model of sound was needed which did not assume that two speakers represented two ears. His solution ~ to record two channels that are replayed simultaneously ~ received a prestigious recognition posthumously, with a Grammy Award in 2017. He was carrying out top secret research on aeronautical radar equipment during WW2 when his Halifax bomber aeroplane crashed in a field and he and the rest of the passengers were killed. Crucially, his work was recovered and was of immense importance in operations such as D-Day.