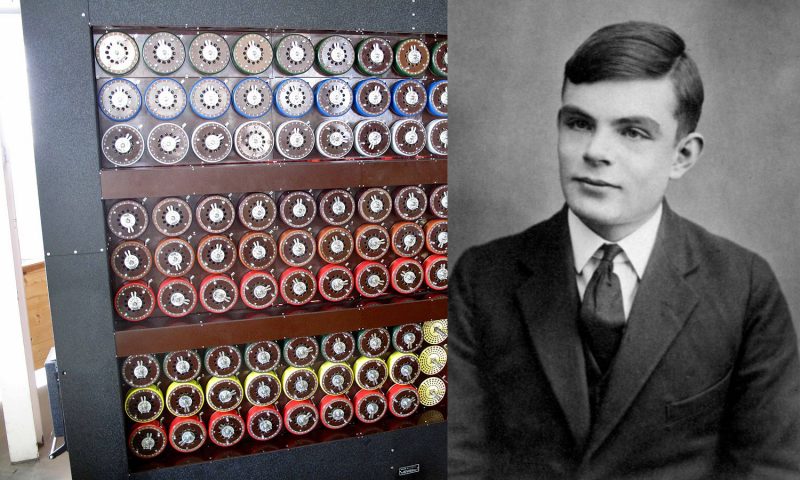 Publicly recognised as a war hero long after his death, Alan Turing, OBE,FRS, was born in London in 1912 and by age nine was already being hailed as a “genius” by his schoolteachers. He studied advanced science in his leisure time, took his mathematics degree at Cambridge and his PhD at Princeton.

He published a paper in 1936 on ‘computing machines’ and at the start of World War 2 in 1939 began working at Bletchley Park, where he and a small team of codebreakers used such machines on the enemy’s secret communications. He famously broke the Enigma code used for messages to German submarines in the Atlantic. It is estimated that this saved millions of lives and shortened the War by as much as two years.

He continued in the field of computer science post-War, and is often called ‘the father of modern computing’ for laying down the theory. Sadly, he took his own life in 1954. A half-eaten apple was found next to him, leading to the rumour that this inspired the Apple logo, which is untrue though appealing.