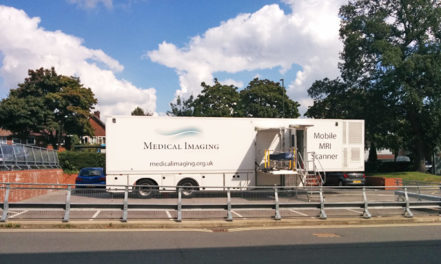 Londoner Sir Peter Mansfield (1933-2017) was among several developers of the Magnetic Resonance Imaging (MRI) technique and one of two physicists who were awarded the 2003 Nobel Prize in Physiology or Medicine for bringing it to fruition. In 1973 his assistant’s finger was the first body part to be scanned and in 1977 Mansfield himself had the first whole-body MRI scan.

He began working on an imaging system in 1972 and, unlike his co-awardee Paul Lauterbur who was looking at a slow ‘projection-reconstruction’ method, Mansfield’s innovation was ‘slice selection’ in which linear magnetic field gradients are measured. Still researching in his later years, he was always concerned with reducing the time required to take a scan, which can be up to 90 minutes depending on what is under investigation. Since the patient must lie still throughout, children and people with claustrophia sometimes have to be given a general anaesthetic, unfortunately.

MRI is selected over another technique such as ultrasound when more detail is needed or the issue is over a large area or it is behind bone, e.g. in the brain. MRI is more expensive; a scanner is large and has its own room where no metal is allowed, as there are super-magnets in the machine.