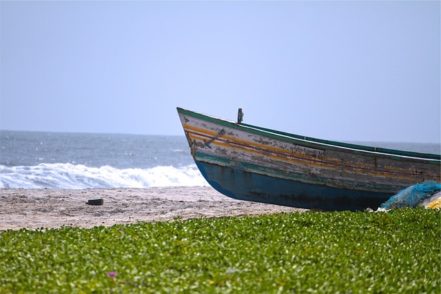 It is thought that the Angles originated in Poland but had moved to central Denmark by the 4th century. They then expanded their territory into Germany, the Netherlands and eventually Britain. Traditionally, historians have claimed that the Angles ‘invaded’ Britain en masse in 500AD, abandoning their own overcrowded country for the sparsely-populated, fertile lands of England and southern Scotland. The Angles, along with the Saxons who arrived at around the same time, were described as brutish, uncivilised tyrants who easily conquered the pathetic British peasants.

This is now disputed. Modern archaeologists can find no sign of any battles or sudden large-scale immigration. Instead, new excavations and computer analysis point towards Britain having peaceful, well-organised trading links with Europe for many centuries, resulting in a natural flow of immigration. Fort-like structures on the coast were more likely to have been trading posts. Foreign ornaments and jewellery unearthed here were simply purchases from abroad.

Furthermore, there is evidence that cometary fragments wiped out most of England and part of Scotland in 562AD, leaving it open to undisturbed, gradual settlement by the Angles, Saxons, Jutes and Frisians after the land started to recover.