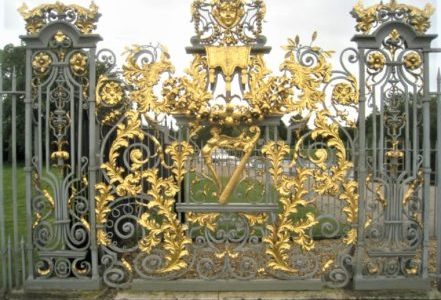 The Protestant religion emerged in the sixteenth century and its followers grew to be a sizeable minority in France, where they were dubbed ‘Huguenots‘ and often persecuted. In 1685, however, their pastors were exiled when religious tolerance took a downturn. As a result, the drift of emigration to non-Catholic countries such as England rapidly increased. In total, around fifty thousand arrived as ‘refugees’ ~ a new word for the English.

The main areas of settlement were East London, Kent and Bedfordshire and ten thousand continued on to Ireland. They were welcomed sympathetically and they integrated peacefully into society and the Anglican religion. By 1760 ‘Huguenot’ had ceased to be used as a tag for a separate community. They brought fine skills with them and passed these on ~ in lace-making, watch-making, gardening, silk weaving and silversmithing, for example.

It is estimated that 90% of English people in the south-east of the country have Huguenot ancestry. Many French surnames were anglicised or translated, so ‘de la Croix’ became ‘Cross’ and ‘Mareschal’ became ‘Marshall’, while ‘Reynard’ was replaced with ‘Fox’. The linguistic influence was two-way, naturally, and the Huguenot influx added to our English-French tapestry of expression.