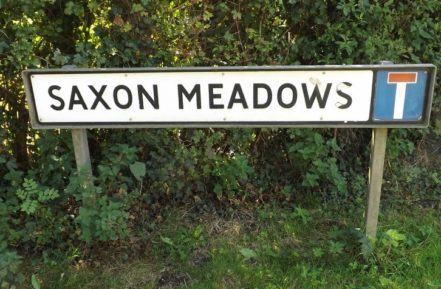 Neighbours of the Angles, the Saxons’ own land, Old Saxony, was in north-east Germany. Their settlement of England, known as Adventus Saxonum, possibly came about due to ‘climate change’ in the 5th century, which saw major flooding that swept away many of their waterside villages. Another possibility was mass migration from the east, putting pressure on resources. Yet another was a call for armed assistance from an English noble, or they may even have walked into an England laid waste by a comet collision in 562.

Saxon pirates had begun making raids on the inviting flatlands of eastern England in the 3rd and 4th centuries. This led to the building of fortifications (or, in fact, trading posts) along that stretch of coastline, nicknamed ‘Saxon Shore’. Evidence is scant but some say that Saxon immigration, from 449 onwards, was a vicious, tyrannical, barbaric occupation, while others portray a more peaceful infiltration.

Nevertheless, many Britons moved west to Wales and Cornwall to avoid the new folk with their Germanic paganism, class structure and brutal punishments. In spite of this, the Sutton Hoo artefacts encourage us to believe that those early medieval additions to the British ancestral family were not entirely brutish.