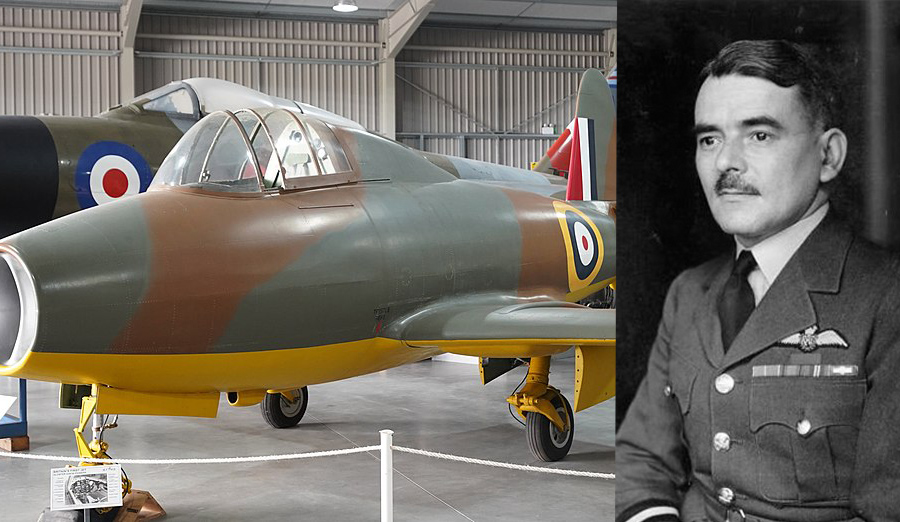 Sir Frank Whittle (1907-96) invented the turbojet engine. A brilliant mathematician and engineer, he became an RAF officer in his twenties. He realised the limitations of piston engines and came up with an idea for turbine-powered aircraft that could fly at high altitudes at greater speeds and over longer distances. He filed a patent in 1930 for turbojet propulsion, but the Air Ministry apparently did not see the need to classify it.

In 1936 Whittle and two friends set up Power Jets Ltd. With the start of WW2, the Air Ministry finally realised the potential and funded a prototype, the Gloster E.28/39. Whittle’s design was a linear system of air intake, combustion chamber, turbine and exhaust which provided thrust and a loop back to the start, ensuring uninterrupted power. The Gloster Meteor fighter jets went into action in 1944.

With Whittle’s collaboration, the USA produced the Bell XP-594 Airacomet in 1942. Jet engines have been in production ever since and have made a huge difference to world travel. Sir Frank was later to experience flying on Concorde, which used Whittle-based Rolls Royce Olympus 593 engines with after-burners. His son, Ian, went on to become a Boeing 747 pilot, directly benefitting from his father’s genius.