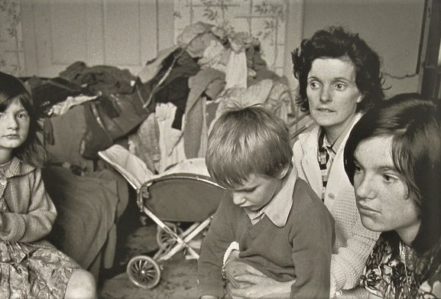 The Industrial Revolution, which began in the 1760s, brought with it some social problems. Many people moved from rural communities to cities and towns, looking for work. Some became destitute, as there was no welfare state at that time. Homelessness was an issue which could not be ignored but it was not a new one. Previously, the workhouse was where the poor were sent, but the 1800s saw the sprouting up of shelters and refuges.

These provide immediate but temporary solutions to two main problems: homelessness and domestic violence. The first shelters were in the cities ~ for instance, the Liverpool Night Asylum, established in 1816, and the Society for the Relief of the Houseless Poor, which opened its doors in London in 1820. The Salvation Army acquired a large warehouse in 1909 for hundreds of  destitute men. Today, local councils have a duty to assist the homeless.

In the past, a blind eye was turned to a husband beating his wife, but in the 1960s the women’s liberation movement brought this atrocity out into the open. The first women’s refuge was established in Hounslow in 1971. This type of refuge provides a safe place for women and their children escaping abusive relationships.