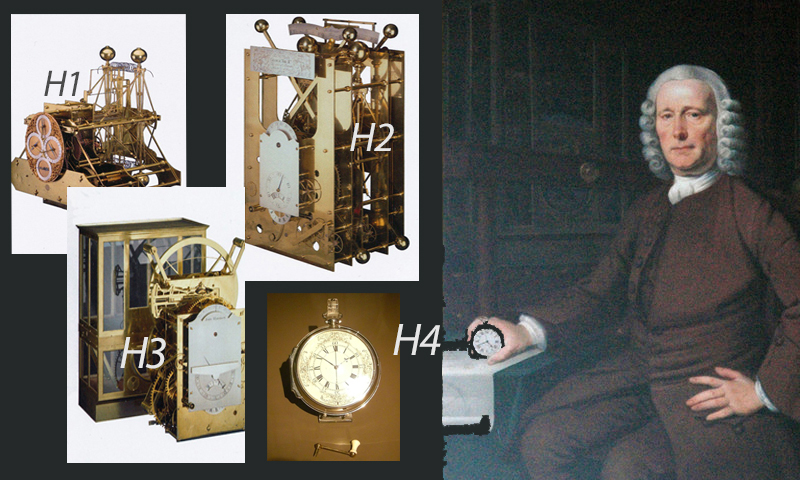 As one of history’s greatest seafaring nations, Britain has made many contributions to oceanography, with the marine chronometer being one of the most important. This finely balanced clock enables the calculation of longitude at sea, thereby harnessing the grid model that allows Captains to pinpoint their position. Safe and accurate navigation was finally possible, thanks to the unceasing efforts of Yorkshireman John Harrison (1693-1776).

In 1714, after many shipwrecks mainly resulting from fierce competition with Spain, France and The Netherlands in war, territorial expansion and overseas trade, the British Parliament decided to offer monetary rewards for the invention of a foolproof method for finding longitude on the high seas. One suggestion had been to fire shots from moored vessels in certain locations at set intervals, others looked to the stars, but Harrison, a carpenter turned clockmaker, utilised the fixed 0° longitude at Greenwich to measure distance via time.

Harrison made a series of four chronometers, H1-4, from 1730 to 1762 and eventually received the full prize of £20,000 by 1773. After later simplifications to Harrison’s design, the Royal Observatory Greenwich established certification of chronometers for the Royal Navy and in 1884 the Greenwich Meridian was officially adopted internationally, resulting in better maps and safer, more direct shipping routes.