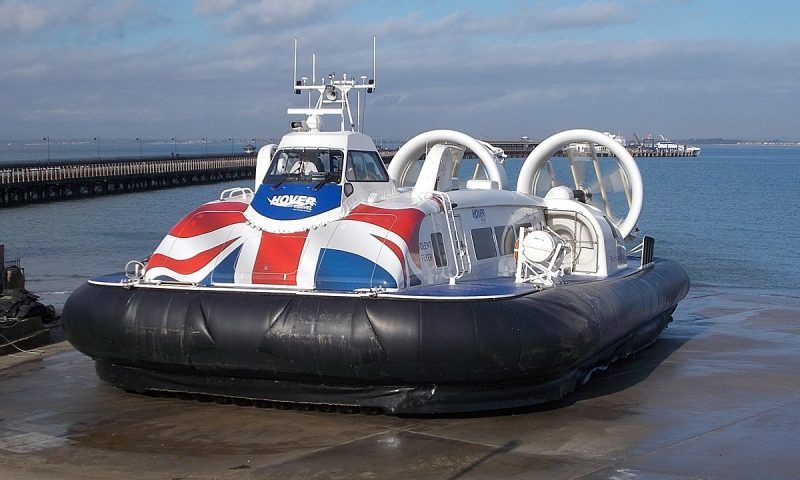 The hovercraft was invented by engineer Sir Christopher Cockerell (1910-99) from Cambridgeshire, who patented his idea of a boat propelled on an air cushion in 1954. He continued its development and found it could be amphibious, something which was very appealing to the military. Cockerell began work on the prototype in his boatyard and the first launch proper was on 1st June 1959. A few weeks later, on 25th July, it took only two huors to cross the English Channel!

These versatile craft are used by the military and coastguards all over the world. Their use for public transport ~ to and from the Isle of Wight, for example ~ dipped after fuel costs rose in the 1980s, but this has the potential to re-emerge at some future point.

Cockerell died on the 50th anniversary of the very first launch, to the exact day, 1st June 1999.