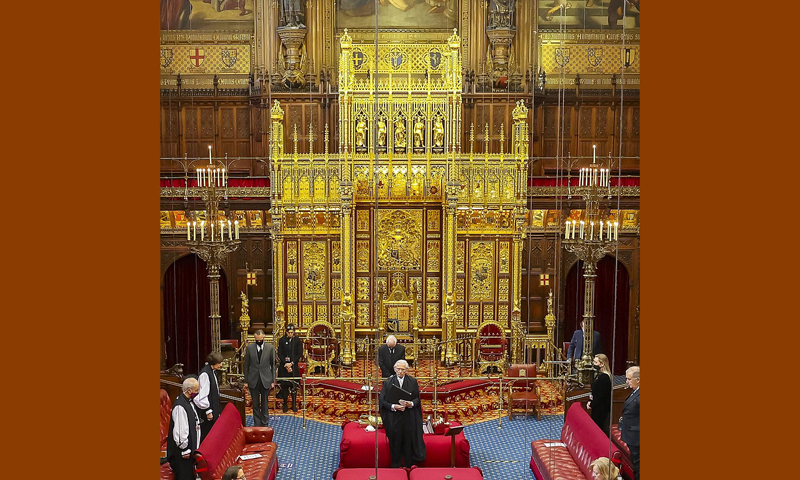 The Divine Right of Kings was a theory that the monarchy was appointed by a divine being, or God, making the monarch’s position unassailable. In medieval times this was used as a way to stop other nobles from trying to take the throne for themselves. In the 16th and 17th centuries in Britain, it was also used as a way to separate the country from the power of the Catholic Pope in Rome. To this day, the motto of the UK monarchy is “Dieu et mon droit” – ‘God and my right’.

The photograph above shows the magnificent gilded Sovereign’s Throne in the House of Lords at Westminster which was installed in 1847.