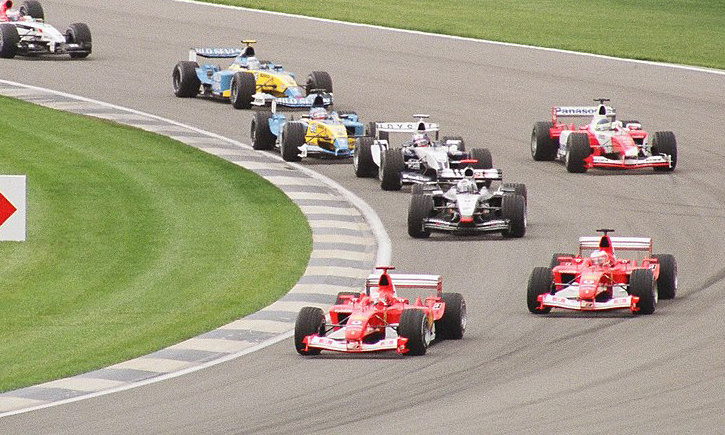 After World War 2, there were numerous disused airfields and they were ideal for testing racing cars. As a result, in 1958 the London-born driver, Sir Stirling Craufurd Moss (1929-2020), was the first to win a Formula One (F1) Grand Prix race with the engine situated behind the driver’s seat (they had previously been in the front). This gave better handling, less wear on tyres and enabled the chassis to be smaller.

With the adoption of rear engines by all the other teams, this innovation provided the starting-point for the dominance of British engineers, designers and drivers. Most of the F1 racing teams have their bases in the UK. A useful benefit to them is the tax allowance they can claim for ‘research and development’, which is an essential, never-ending part of their operations.

Over the history of Formula One, there have been ten British driver champions, including seven-time champion, Sir Lewis Hamilton (1985-) from Hertfordshire.