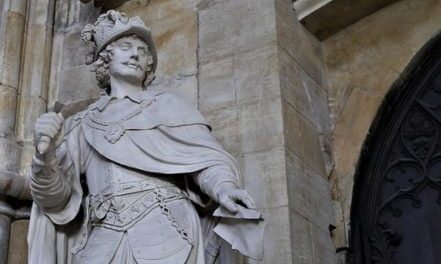 The first man who could seriously claim to be ‘Rex tot. Brit.‘, as shown on the coins of his reign, or indeed King of England, was King Athelstan. He ruled from 927 until his death in his mid-40s in 939. He became king of Mercia in 924 but at a time when the island of Britain faced an ongoing threat from the Vikings and the Danes, he must have had his eye on the bigger picture of uniting to push them back.

He strategically married off his sister to the Northumbrian ruler and later, his half-sisters to four European monarchs. He also gave generous gifts of land and riches to those with whom he wished to make alliances, such as church leaders. Of course, he won important military victories too and this led to the regional English rulers agreeing to his overall sovereignty, along with the Welsh and Scottish submitting to his ‘overlordship’.

There were subsequent rebellions but, for a few years at least, England was peacefully administered by a king who clearly valued justice, education, religious observance and centralisation of power. King Athelstan did not marry and have children, so the ‘royal line’ was continued by his two half-brothers, then the sons of one of those half-brothers, with varying degrees of success.