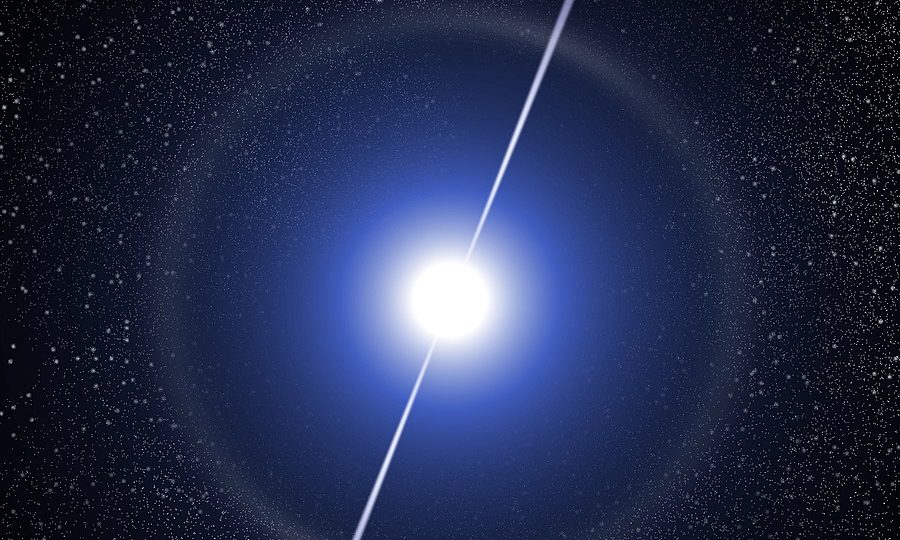 Two British astronomers discovered the existence of pulsars with a radio telescope at Cambridge University in 1967. Dame Jocelyn Bell Burnell, born in County Armagh in 1943, was a PhD student supervised by Cornishman Professor Antony Hewish (1924-2021), and although it was Hewish who had set up the research, Bell Burnell was the first to spot an anomaly ~ a regular, ticking ‘noise’.

At first, there was talk of it being communication from aliens, hence the name LGM1 (‘Little Green Men 1’) for this first pulsar. On further investigation, they found it to be a small, extremely dense, fast-spinning neutron star which was emitting beams of radiation. It is now known that there are thousands of these whizzing about. Their presence is being used by astro-physicists to test Einstein’s General Theory of Relativity.

Both Hewish and Bell Burnell have received many prestigious awards. Hewish was a joint recipient of the Nobel Prize in Physics in 1974 and some believed that Bell Burnell should have been included. On receiving a prize of £2,300,000 in 2018, she donated the whole amount to fund scholarships for female and ethnic minority students in physics research.