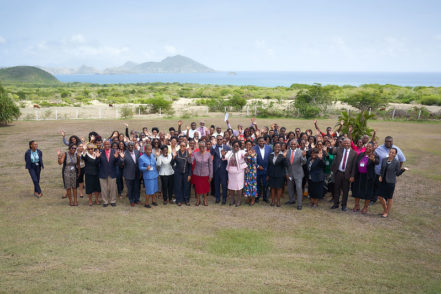 One-third of the world’s population live in a member state of The Commonwealth of Nations, previously known as the British Commonwealth. These states are:

All of these have ties to the UK in one way or another; most of them were part of the British Empire. The Commonwealth was established in 1926 with the aim of maintaining friendships, democratic standards, consular service and developmental assistance.

Membership of the Commonwealth network is voluntary, but there are criteria that must be met. These cover a shared set of values: democracy, the rule of law, human rights, free trade, liberty, equality and peace-seeking. A nation can be suspended for violating these. The head of the Commonwealth is the British monarch and the official language is English.