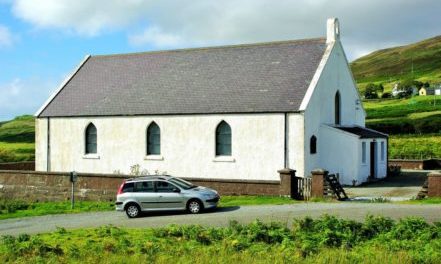 Presbyterianism is a system of church governance in which ‘presbyters’, or elders, represent the congregation in the ‘presbyteries’ which are a part of the church leadership. At the top is a ‘general assembly’, or ‘general synod’, and presbyterians maintain that this type of church structure is in the Bible, whereas papacy is not. The Church of Scotland is a presbyterian church, for example.

The Presbyterian Church, with a capital P, is a Protestant church formulated on presbyterianism, which has many beliefs in opposition to Catholicism. Some even see the Pope as the antichrist. It was established in Scotland by the activist preacher John Knox in 1560, when there was an official split from the rule of the Pope. It was taken to Ireland and the USA soon afterwards. Knox was a fervent advocate of the new Protestant religion, condoning all sorts of subversive action in the anti-Catholic cause.

Presbyterians follow the King James Version of the Bible, which they judge to be the best English translation. Most churches are plain, with few images, musical instruments or modern gadgets. In England the Presbyterian church merged into the United Reformed Church in 1972. There are around half a million members of UK presbyterian churches.