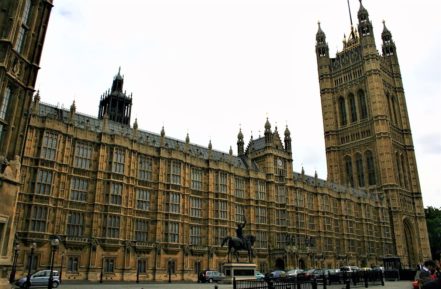 ‘Parliamentary privilege‘ sets the boundaries for mutual non-interference between Parliament and the courts. It was laid down in the Bill of Rights of 1689 but had already been a committee responsibility prior to that. It hinges on MPs and Lords having integrity and knowing when and when not to speak out on sensitive matters in the course of parliamentary proceedings. Judges, in turn, only examine Hansard in a few specific circumstances.

It effectively cocoons the Palace of Westminster as regards civil matters such as defamation, as it gives immunity from legal action, thereby ensuring its own form of ‘freedom of speech’. It also gives it regulation of its own affairs. However, the business conducted in public committee rooms and both Houses is transmitted live by television and recorded for posterity by Hansard, so this immunity must be used carefully.

Members are allowed to use handheld communication devices while they are in proceedings, but parliamentary privilege does not cover what they may ‘tweet’, only what they contribute to the debate. Occasionally, someone abuses the privilege and ‘names and shames’ a person for some supposed wrongdoing. If this is sub judice, it can seriously affect the court case and even render it pointless.